The Approach is a Self Defence Method For All.

No Mans Land Is the space between you and your opponent.

To be able to deal with this space before it gets physical is often the most difficult.

Your brain recognises that you are in danger and begins to release a chemical cocktail of hormones often called;

You begin to ask yourself can I escape? what technique will I use?, Has he got mates? Is he armed?

By the time you have figured this out the distance has closed and you are on the back foot.

From my own experiences of violence I recognised the need to address this subject.

In 2008 The Approach Self Protection was born and the first DVD I filmed was The Entry System.

The main purpose of The Approach is to fill the space between you and your attacker.

The mindset I adapted was to attack the attacker not defend.

In a self defence situation the need to keep things simple is paramount. There is no time for fancy techniques, only explosive powerful strikes that are easy to learn, maintain and retain under pressure.

Under stress the cool tricks wont work because they are fine motor skills. ( The coordination of small muscle movements )

Have fewer options / movements to think about as necessary.

When faced with a violent attacker/s a method of self defence that utilises large gross motor skills is number 1.

In 2015 I archived The Approach DVD collection.

The Approach had evolved into something so streamlined and effective there was no need to keep adding techniques.

It is more important to strip away than continue adding.

Since I archived the DVD series I have received lots of emails and messages asking if they are still available, the answer is no.

Knowing our history is important so my Instructor team are not only trained in The Approach 360 but also The Original Entry System.

What was originally going to be a resource for Approach Instructors I filmed;

This course is packed with twenty seven easy to follow along lessons that you can access from any device.

Being able to hit hard should be a priority in any martial artists toolbox.

The need to fill space with a mindset to attack the attacker is vital to survive.

Remember whoever fills the space the best, wins the fight!

I hope you enjoy watching.

“I ordered this after 360 to see where it all started. I wasn't disappointed.”

“I ordered this after 360 to see where it all started. I wasn't disappointed.”

“I've been a fan of Eddie's stuff for a while. Liked what I saw in terms of videos, liked what I heard in terms of common sense instruction and love his enthusiasm. I hope one day to meet him (I don't get out much -lol) but until then, this course ...”

“I've been a fan of Eddie's stuff for a while. Liked what I saw in terms of videos, liked what I heard in terms of common sense instruction and love his enthusiasm. I hope one day to meet him (I don't get out much -lol) but until then, this course is a magnificent introduction to the man and his system. Loved it, the simplicity and its effectiveness. If you teach martial arts or are a student interested in efficient self protection methods then this course is a steal ..... so steal it! David Brown ACS MAFGA ”

“This is an excellent course and brilliant value for money. Eddie does a superb job explaining the Approach concepts in a way that is easy to follow and apply.”

“This is an excellent course and brilliant value for money. Eddie does a superb job explaining the Approach concepts in a way that is easy to follow and apply.”

→Read Less
Welcome! I'm Eddie Quinn, a professional martial arts teacher. I’m based in my hometown of Solihull, England, although I teach martial arts and self defence across the entire globe.

My martial arts journey began 35 years ago... On night of the 23rd November 1984, I attempted to defend three girls who were being attacked at a bus stop.

It resulted in me getting stabbed a grand total of six times. The right ventricle in my heart, my liver, bowel, gallbladder, head and thigh were all punctured in the attack. Thankfully I survived.

During recovery, my heart surgeon recommended I take up a Combat Sport. I took his advice and began my journey to seek out the best martial arts teachers from around the world.

This journey not only rebuilt my life; it saved my life. I believe that my calling in life is to share with others the benefits of the Martial Arts I have studied and mastered over the years.

I've taught Counter Terrorist Units, Police Officers, Anti-Poaching Units, Elite Military, and members of Bodyguard Detachments for Royals, Presidents and Prime Minsters. The Approach Method I founded was voted System of the Year at The British Martial Arts Awards 2016 and 2017, and I also won Reality Instructor of the Year 2017.

In 2019 I was voted ‘Martial Arts Man of the Year’. Many great titles, but it all sums down to this:

Great teachers change the world for the better by helping others improve their lives, their aspirations and their outcomes. I hope I can do that for you.

Founder of The Approach Self Protection Method 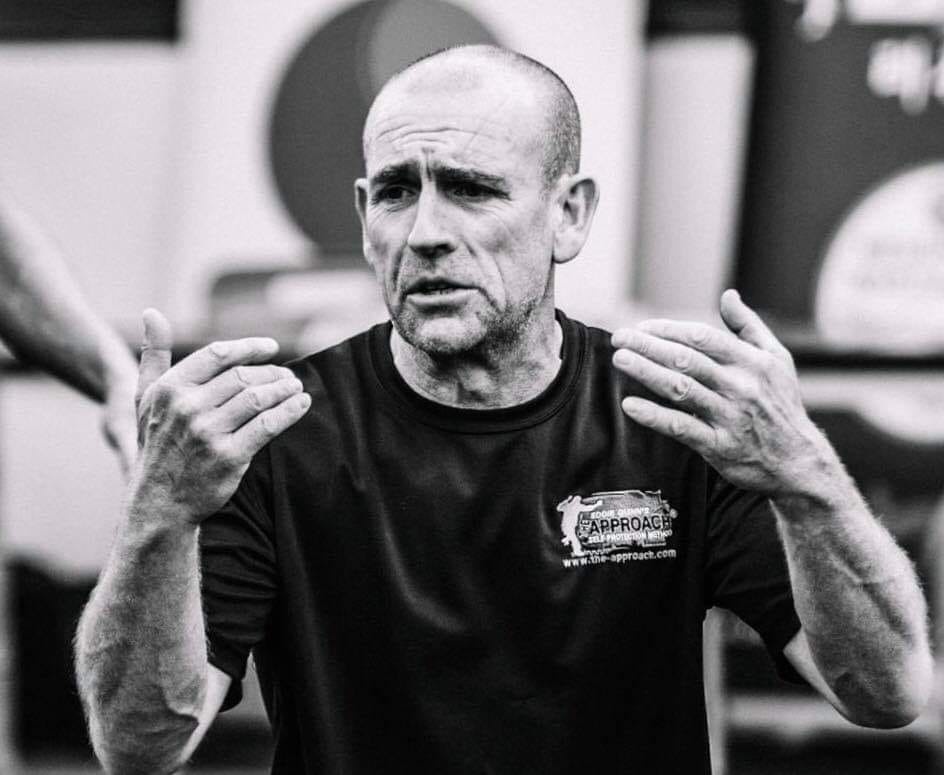